In the second of a new series of five stories offering insight and inspiration for contemporary conservation, we visit the Bijagós islands in West Africa where indigenous people and local communities are leading conservation efforts across the region.

Words by Justin Woolford for the MAVA Foundation

Here, every year, between July and October, driven by instinct, thousands of green sea turtles from all over West Africa return to the very place they were born.

Arriving exhausted at nightfall after epic journeys from seagrass beds hundreds of kilometres to the south, they heave themselves across the fine sand to the top of the beach, and patiently lay their eggs.

This is Poilão, part of the João Vieira and Poilão Marine National Park and the southernmost point of the Bijagós archipelago and the proud nation of Guinea-Bissau. Only two kilometres long, its beach is the most important green turtle nesting site in Africa. 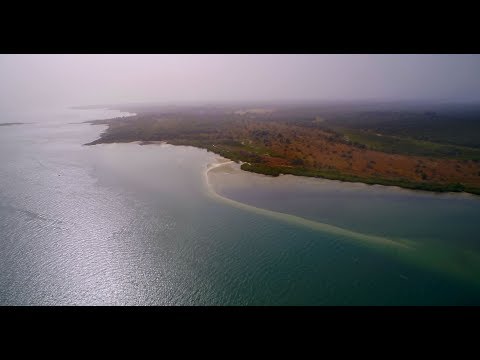 Bordered by the Atlantic Ocean Guinea Bissau is a small country in West Africa with outstanding natural wealth.

It was a formative time, not just for Miguel but also for his country, which was struggling to establish identity, sovereignty and democracy while navigating World Bank and IMF structural readjustment programmes and economic crises.

Today Tiniguena’s director, Miguel has become a respected environmental advocate, indigenous rights champion and equality campaigner. A product of the youth movements he champions, he has earned Tiniguena a formidable reputation.

“Tiniguena was a response to the challenges of the time – food, financial and economic insecurity – and the need for emancipation. And soon after the exchange, we set up Geração Nova da Tiniguena to help young people shape the future. Its motto is still, ‘To know is to love, to love is to protect’.”

And it’s this knowing and understanding the connections between culture and nature in Guinea-Bissau that energise Miguel, as well as his strong bonds with the Bijagó people who, after a fateful visit to the island of Urok, accept him as one of their own.

Badly stung by a stingray while disembarking, his legs went numb and he collapsed. Carried ashore by a young Bijagó teenager who sucked the venom from his wound, an elder fisherman then cared for him for a week using traditional medicine.

“It was a rite of passage. The men told me that enduring the challenge had connected my spirit to the land and that I’d became a Bijagó. It was about building trust – if I’d returned to Bissau for treatment, things would’ve been very different.”

A group of 88 islands and islets spread across 10,000 square kilometres, the Bijagós are home to around 30,000 people. Most belong to the Bijagó ethnic group to whom many inlets, islands and beaches are sacred, accessible only to the initiated such as elders and priestesses, and used only for rites and ceremonies.

That only 22 islands are populated year-round means huge areas of mangrove and mudflat are relatively undisturbed, offering a unique refuge for animals like sea turtles, manatees and hippopotamus – all creatures central to Bijagó animist beliefs.

“In Guinea-Bissau, nature and culture are inseparable”, says Miguel. “Protected areas cover a quarter of the country, and it’s no surprise that the most beautiful areas with the most biodiversity, are also those which are the most holy!”

The MAVA Foundation’s activity in the Bijagós dates from the 1990s. Naturalist Pierre Campredon persuaded MAVA’s founder, Luc Hoffmann, to take a closer look at the archipelago when it was declared a Biosphere Reserve by UNESCO in 1996.

“Luc fell in love at first sight. He loved the people very much. For him, it was a shock to see how the Bijagó lived, to watch extraordinary dances with shark and sawfish masks. It was a fantastic example of the marriage between nature and culture.” Pierre Campredon

For Luc, it was also a profound affirmation. From his first forays in conservation in the Camargue wetland in southern France – the subject of another story in this series – he knew that involving local people, culture and communities was the secret to success.

That Bijagó culture and its traditional agrarian economy survived colonialism and still flourish today is no accident. Bijagó resilience and solidarity played their part but the integration of traditional practices into natural resource management in Guinea-Bissau is undoubtedly why much of the archipelago remains almost intact.

Luc also realised the Bijagós islands were the beating heart of the whole West African ecoregion, and that reaching across national borders – taking an ‘ecoregional approach’ that connects sites and ecosystems – was vital for conservation.

Today, the Bijagós archipelago hosts a network of protected areas managed jointly by the Bijagó people and the Institute of Biodiversity and Protected Areas (IBAP), an agency set up in 2004 by the Guinea-Bissau government.

“In 2001, we tagged ten green turtles and monitored their movements by satellite. Four were caught in fishermen’s nets between Senegal, The Gambia and Mauritania”, says Justino Biai, Director of IBAP. “We realised protecting turtles in the Bijagós was all well and good but that unless we worked together with other countries, we’d never succeed.”

During the 2018 season, another 20 turtles nesting on Poilão island were tagged and first results show some move between different islands, while others forage in coastal waters off Guinea-Bissau and neighbouring countries like The Gambia and Senegal.

Similar scientific enquiry in the Banc d’Arguin National Park in Mauritania looking at migratory birds has also confirmed the Bijagós and the Banc d’Arguin as the two most important sites in West Africa for millions of wintering shorebirds. It also underscores the need for an expanded network of protected areas that allow turtles, shorebirds and other marine species to migrate and reproduce in safety. 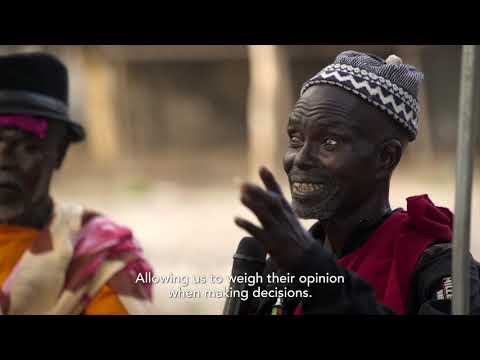 One of IBAP and Tiniguena’s most important achievements to date has been the creation of the first-ever community-based marine protected area in Guinea Bissau in 2005 – the Urok Islands Community Protected Area.

Made up of three islands in the north of the archipelago, Chedia, Nago and Formosa, and one of the three protected areas in the Bijagós Biosphere Reserve, its unique governance system brings together Bijagó communities, IBAP officials and Tiniguena.

By recognising the importance of traditional knowledge and culture, the co-management structure enables local people, including women and young people, to lead decision-making on ecosystem management and community development.

“Only resident Bijagó are allowed to fish on most of the site with only one zone allowing commercial fishing by outsiders under specific conditions”, says Justino. “It’s an important area for fish stock renewal so we work with local fishermen who help enforce regulations by patrolling and informing local authorities if they see any illegal activity.”

A recent winner of an Equator prize, its participatory model has received worldwide recognition and become a model for community-based conservation, inspiring other communities in the region facing similar threats to their natural and cultural heritage.

“The unique management structure in Urok has become a major attraction”, says Justino. “We’ve had visitors from Cape Verde and Senegal marvel at our success and then replicate it. Sharing insight through visits and storytelling is one of the most important things we can do.”

When representatives from the newly created Kawawana community-conserved area in Mangagoulack, Senegal, visited Urok on a two-way learning exchange in 2011, one of the Diola elders is reported to have said, “We’ve been wasting our time. We should have done this long ago and followed our traditions”. 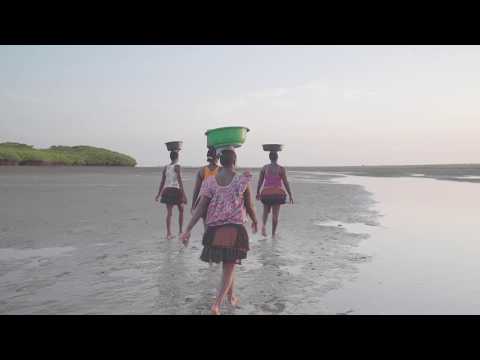 Attention tends to focus on how marine protected areas can help protect wildlife and restore habitats. Yet for many local communities, important landscapes and seascapes hold cultural and spiritual value and have done for millennia.

Demonstrating connections between nature, culture and identity, as well as governance systems that support material and non-material well-being, these places are sometimes called ‘Indigenous and Community Conserved Areas’ or ‘territories of life’.

And it’s this ‘biocultural’ dimension that has such potential for conservation, and without which we will never succeed in saving life on Earth.

Despite political and socio-economic instability, Guinea Bissau is one of only a handful of countries in the world that has come close to meeting Aichi Biodiversity Targets on protected areas – in large part due to the involvement of Bijagó communities.

And how the Bijagó, Tiniguena, IBAP and the Guinea-Bissau government are working together is a reminder that protecting the natural systems that allow us all to thrive depends in many cases on recognising local communities as their rightful custodians.

Yet the Bijagós islands face many challenges. Calls for World Heritage listing have so far failed; industrial fleets from Europe and China continue to deplete vulnerable fish stocks; Protestant evangelism threatens traditional belief systems; and despite the country’s natural wealth, many people live on the poverty line.

“Just as we protect important sites for turtle reproduction, we should protect sacred islands that are important for the Bijagó culture, knowing that the best guardians of the archipelago are the Bijagó people themselves.” Luc Hoffmann

Some estimates suggest Indigenous Peoples and local communities manage or hold tenure rights over a quarter of the world’s land outside Antarctica, including about 40% of all terrestrial protected areas and ecologically intact landscapes on Earth.

And yet they remain one of the most disadvantaged and vulnerable groups in the world, their voices conspicuously absent from many national and international agendas.

Supporting their values, cultures, practices and rights is one of the most effective ways to reverse nature loss. It must increasingly become a central part of contemporary conservation strategies and public policies.

A key challenge for conservation in the Bijagós archipelago is long-term financing. Together with partners, the MAVA Foundation is supporting the development of the BioGuinea Foundation: a trust fund to support biodiversity conservation, sustainable community development, and environmental education in Guinea-Bissau.

Read an introduction to the ‘Icons & Insights – five lessons in saving life on Earth from a quarter century of conservation’ series by Lynda Mansson, Director General of the MAVA Foundation, or read the individual stories:

Do good science and make sure it addresses real-world challenges. And for real impact, add advocacy with partners, informed by practical solutions and evidence of nature’s value.

Saving life on Earth relies on all relevant stakeholders jointly developing nature-based solutions that deliver prosperity and well-being for people while respecting and maintaining the integrity of healthy natural systems.

Conservation beyond borders relies on sustained collaboration at all levels between many different actors. For success, recognise realities on the ground, listen deeply, enable local people to take the lead, deliver benefits, and commit to the long-term.

As the twin crises of nature loss and climate breakdown converge, conservation organisations should pursue a variety of innovative financing mechanisms that secure and scale investment from the public and private sectors, unlocking additional funds and sustainable financing for conservation and development.