In the first of a new series of five stories offering insight and inspiration for contemporary conservation, we visit the iconic Camargue wetland in southern France where the appliance of science is helping protect people as well as wildlife.

Words by Justin Woolford, pictures from Tour du Valat – for the MAVA Foundation

In Southern France, where the Rhône meets the Mediterranean Sea, there’s a magical place where water and land embrace, where countless ponds, islets, marshes, reeds and streams fuse and stretch toward an infinite horizon, and blend with the sky.

The Provençal people call it the place with no borders – ‘n’a cap marca’. Welcome to the Camargue – a waterland without parallel. Not just a kingdom of birds but a source of blessing and bounty for people as much as wildlife. 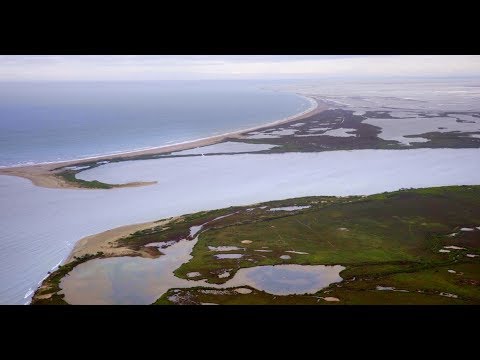 The science of staying alive

This is where for nearly a decade, Dr Marion Vittecoq has been exploring the relationship between human and ecosystem health. Championing a new generation of researchers at the Tour du Valat research station, her pioneering work is delivering some surprising results around antibiotic resistance and disease transmission.

“Antibiotic resistance is a serious health concern”, says Marion. “We’re increasingly seeing it in wildlife – probably because of exposure to human waste or rubbish. And contrary to popular belief, we’ve also found that domestic birds released for shooting are often infected with avian flu and may spread it to wild birds, rather than the other way around.”

Understanding these interrelationships better, suggests improving waste and water management and animal husbandry are likely to be more effective solutions than mass culling wild animals, which can actually spread disease and resistance as surviving animals disperse.

“There are always trade-offs but until we recognise that everything is interconnected – wetlands, wildlife, farming, pollution, our health – we won’t make good decisions”, says Marion. “We can’t insulate ourselves from the environment, so we need to work with nature. Healthy wetlands are critical for people as well as wildlife, and we need to keep making the case for their protection.”

That Marion and her team are delivering ground-breaking cross-disciplinary work is only possible because of the unique opportunity for long-term research that Tour du Valat affords. And that in itself, is the story of one man’s adventure.

That man was Luc Hoffmann. In 1948, at the tender age of 25, and an heir to the Roche pharmaceutical fortune, he bought the Tour du Valat estate, imagining a centre dedicated to studying birds and this then little understood wetland.

It was a seminal moment that changed his life and marked the beginnings of what became a global conservation movement.

“My father’s story is a rather improbable one”, says André Hoffmann, President of the MAVA Foundation. “Someone who came from the mountains, settled in the marshes and set his mind to explaining to local people the benefits wetlands could bring. It wasn’t easy!”

At the time, only Luc and a handful of other people grasped the scale of the threat facing the Camargue from drainage, intensive farming, development and tourism.

“Everywhere in the Camargue, people were trying to control a land considered hostile. It was becoming increasingly urgent to protect this magical place.” Luc Hoffmann

Critically, what Luc also understood was that success meant not just protecting wildlife but also demonstrating the value of nature for people, and debunking the myth that ecosystems like wetlands were places of disease, fit only for reclamation.

More than an ivory tower

When the research station opened in 1954, the Tour du Valat estate soon became a giant field laboratory in which different conservation approaches could be assessed.

Back then, such an approach was unheard of – it was the first institute in France to put biological research into action – but today, it is world renowned precisely because its research is applied, practical and long-term.

“Tour du Valat can manipulate water and salinity levels across the estate, testing how different regimes affect birds, farmland and grazing”, says Paule Gros, Mediterranean Programme Director at the MAVA Foundation. “Its half century of research covers a timescale that accommodates the pace of natural processes. It’s unique and what gives the institute such credibility.”

In many places, wetlands remain undervalued, seen as disease-ridden wastelands to be developed, drained or farmed, their water put to use. And using science to find trade-offs that work for both people and wildlife is Tour du Valat’s recipe for success.

“We’re not here just to research but to put our knowledge to good use”, says Jean Jalbert, Tour du Valat’s Director General. “Every day is different. It might be something strategic for the Mediterranean or something local, like dealing with rice farmers whose paddies our flamingos love to invade!”

Rice farming in the Camargue has created large paddies without hedges, making the crop susceptible to damage from visiting flamingos who find the open landscape attractive. Smaller paddies and a more mixed landscape with trees is one answer. Demonstrating solutions not only helps overcome resistance from local farmers but helps make the case for using them elsewhere.

“We’ve developed powerful tools that help wetland managers predict outcomes and track encroachment using satellite imagery in countries like Libya where data are scarce” says Jean. “But providing decision-makers with the perfect report isn’t enough. We also need to change perceptions about the value of wetlands for well-being and development.”

The international appliance of science

From monitoring changes affecting wetlands and assessing their value, to developing new management approaches and unravelling the mysteries of disease transmission, applied research has made Tour du Valat the first port of call for public authorities and research institutes alike.

Collaboration with conservation partners like BirdLife, Wetlands International, WWF and many others, has seen application of its research across the Mediterranean and beyond, including in Prespa and Doñana – the focus of future stories in this series.

Perhaps most significantly, it also helped create the MedWet Initiative – a Ramsar Regional Initiative focused on wetland management – and hosts the Mediterranean Wetlands Observatory which produces papers and reports on the status and socio-economic value of Mediterranean wetlands designed to inform public policy.

“Ornithologists lacked precise information and quantitative data so no one realised the Camargue was under threat. That was why it hadn’t occurred to anyone that it might need defending.” Luc Hoffmann

Fieldwork and good science are the foundation for conservation but pure research alone is not enough. To influence positive change, it must also reveal value and signpost solutions. For the Camargue and wetlands everywhere, this means making the social, economic and political case for conservation.

Do good science and make sure it addresses real-world challenges. And for real impact, add advocacy with partners, informed by practical solutions and evidence of nature’s value.

Whether through quiet, informed diplomacy or more direct campaigns, joint advocacy with partners based on its research has become a hallmark of Tour du Valat’s way of working.

Working the inside track, such is the station’s reputation that it is now part of the French national delegation to the Ramsar Convention and was recently invited to help shape France’s contribution to the Global Biodiversity Assessment from the Intergovernmental Science-Policy Platform on Biodiversity and Ecosystem Services (IPBES).

Its ‘Red Alert’ system monitors wetlands around the Mediterranean and sounds the alarm when a wetland is in danger or threatened by inappropriate development, helping propose constructive solutions and coordinate lobbying efforts.

Doga Dernegi’s recent success in permanently halting the construction of a major highway along the coast of Izmir Bay, for example, not only saved the Gediz Delta – a Ramsar site and home to nearly a third of the European population of Greater flamingos – but also highlighted the vital role that civil society can play in increasing public understanding of wetlands’ value and mobilising support for their protection.

With a quarter of the Camargue already become agricultural land and coastal urbanisation continuing apace, how can we save what remains as well as secure thriving wetlands around the world?

The simple answer is by prioritising nature and mainstreaming investments that support natural systems.

With 70% of the Camargue less than a metre above sea level, climate change and sea level rise mean flooding is inevitable. Might it be better to let the area flood naturally now, in a controlled manner, working with rather than against nature?

Wetlands of all kinds offer the best flood and storm surge protection available. And natural infrastructure is our best chance of successfully mitigating the worst impacts of climate change.

Investing in nature-based solutions, including smarter management of farmland and wetlands, has the potential to deliver 30% of the climate solutions we need by 2030. And yet such solutions currently receive only around 2.5% of public climate financing.

With growing recognition that environmental risks pose the gravest of threats to the global economy, we have an opportunity to change course. In the fight for survival, nature should be our greatest ally.

By championing the appliance of science, demonstrating solutions, and delivering powerful advocacy, Tour du Valat is making the case for the kind of investment and action needed to put nature on the path to recovery and deliver prosperity for all.

“Conservation is not the protection of nature against human development, but the preservation of life supporting systems and processes as a basis for a lasting development.” Luc Hoffmann

Read an introduction to the ‘Icons & Insights – five lessons in saving life on Earth from a quarter century of conservation’ series by Lynda Mansson, Director General of the MAVA Foundation.

Saving life on Earth relies on all relevant stakeholders jointly developing nature-based solutions that deliver prosperity and well-being for people while respecting and maintaining the integrity of healthy natural systems.