A concrete sustainable economy project in the Saloum Islands shows that it is possible to reconcile biodiversity conservation and socio-economic interests.

In the municipality of Djirnda, situated in the Saloum Islands in the south of Senegal (11 island villages with a population of 17,116 inhabitants in 2009), artisanal fishing is the population’s main source of income. However, overfishing and mangrove destruction, mainly due to deforestation and drought, have negative impacts both on biodiversity and the local population.

A project initiated in 2018 by the Institut de la Francophonie pour le développement durable (IFDD), financed by MAVA, and implemented by the NGO Enda Énergie, aims to work with the municipality of Djirna to develop sustainable artisanal fishing and thus develop the local economy in a sustainable manner.

The actions implemented over these two years have shown very encouraging results. These include in particular the reforestation of mangroves for small pelagic and oyster reproduction, the seeding and production of shellfish, and the promotion of alternative energy services to prevent abusive cutting of mangroves.

To learn more, watch the excellent video below produced by IFDD (in French). 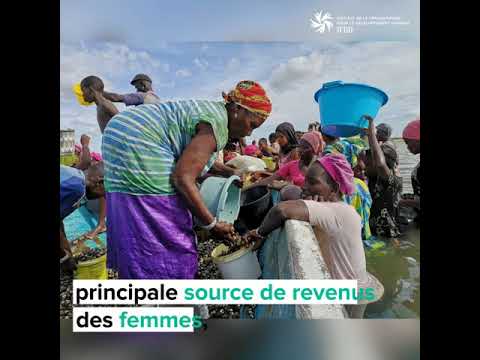