Once, sitting by a rock pool, I saw a moray eel snatch a crab. It was a split-second Nat Geo moment, and amazingly, my father saw it too. Of all the crabs by the pool he was watching the same one! He taught me to really observe. We used just to sit and watch for hours.

Tommy is President of Biosfera, a Cape Verde NGO that he and his father founded in 2006 at the behest of the then Prime Minister, José Maria Pereira Neves who, awakening to the plight of his country’s natural heritage at their exhibition on the subject, set father and son on a conservation mission.

A decade of campaigning has done much to protect the archipelago’s unique biodiversity, not least its endemic shearwater. Openly filming the misguided slaughter of its chicks on Raso island by local fishermen created a public scandal.

We put an end to the illegal and unsustainable export of traditional salted shearwater meat to Cape Verdean expats in Europe and won an IUCN award – but the fishers are the heroes. Spending time and talking to them as friends was enough to bring them on side.

Persuading all fishermen across the islands to stop poaching loggerhead turtles and catching baby sharks – a local delicacy – was a bigger challenge.

We used an English tradition to win over fishermen: afternoon tea! They’re not bad people but they didn’t understand. So, we invited them to tea on the beach at the end of every day. We’d talk about everything, from the man on the moon to football, and gently bring in something environmental for a few minutes that they could relate to, like how sharks create the mackerel shoals they fish. This is how we work, just sit down and talk.

Tommy is looking ahead. After years on the front line, and with degrees in biology and oceanography, he is keen to enlist young people in the fight and share his learning.

The best weapon we have is teaching the next generation. Changing poachers and pirates is one thing but government mindsets are another. They’re selling our resources to the EU, China and Japan. You can’t change greed and corruption without education. I want to see new blood, new dreams, new energy. I’ve got thirty years of good teaching in front of me. 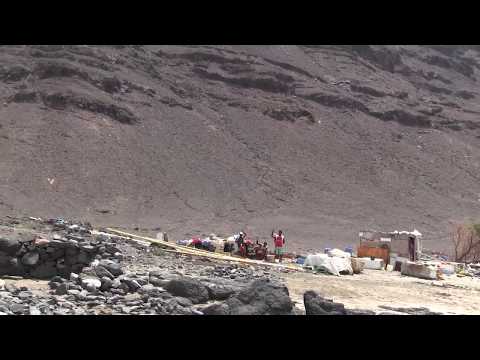 Promoting the conservation of sea birds

Courageous, patriotic and passionate, Tommy is one of West Africa’s youngest environmental leaders. His work with Biosfera typifies how our partners work to conserve seabird breeding colonies: engaging, educating and taking action at a local level. Read more about MAVA’s related action plan.