In the heart of the Balkans where Greece, Albania and the Republic of North Macedonia meet, lie two sparkling blue lakes surrounded by high snow-capped mountains.

Known as the Prespa lakes, Mikri and Megali are two of Europe’s oldest and home to more than 1,000 pairs of Dalmatian pelicans, the largest colony in the world. 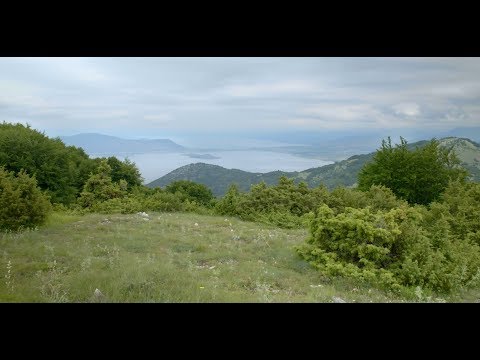 Though conservationists recognised the lakes’ exceptional natural beauty as early as the 1960s, Mikri Prespa’s conservation posed a significant challenge.

Necessitating collaboration between three countries whose relations have historically been far from easy, it relied upon Luc’s personal diplomacy with the Greek military dictatorship in the early 1970s.

In 1974 the colonels’ dictatorship came to an end. One might’ve imagined that everything done by their government between 1967 and 1974 would’ve been abandoned. Thankfully, the national park was an exception to the rule.
Luc Hoffmann, MAVA Founder

A World Heritage site since 1979, effective conservation relies on managing Prespa’s watersheds appropriately – something eased by the creation of the Transboundary Prespa Park in 2000.

Supporting our partners like WWF Greece and the Society for the Protection of Prespa to preserve this unique place for posterity, we helped create the Prespa Ohrid Nature Trust in 2015 with the KfW Development Bank, WWF Greece and FZS.